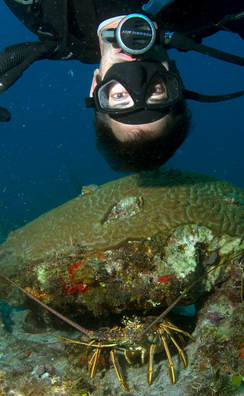 Dr. Benjamin Ruttenberg
Associate Professor
Director, Cal Poly Center for Coastal Marine Sciences
Ben has been at Cal Poly since 2013, and he loves living and working on the central coast. His research interests are very broad, and range from coral reef ecology, coastal and nearshore fisheries, offshore renewable energy, applications of artificial intelligence to marine science, and lots of other conservation topics that he doesn't have really have time to tackle. He's been Director of the Cal Poly Center for Coastal Marine Sciences since 2018.

Ben is originally from Chicago, and in his free time, he likes to surf, dive, hike, camp, travel, work in the garden, and root on his once and future hapless baseball team. 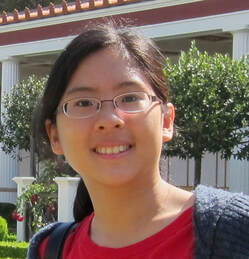 Dr. Yi-Hui Wang
​Post doctoral researcher
Yi-Hui got her BS in Atmospheric Sciences from the National Taiwan University and her PhD in Earth System Science from University of California, Irvine. She was a NASA Postdoctoral Fellow in Jet Propulsion Laboratory. Her past research focused on physical mechanisms behind climate variability and air-sea interaction. Since she joined Cal Poly in 2017, she has been studying offshore wind energy along Central California Coast. See Yi-Hui’s research website at yihui-wang.com
​
During her free time, she likes to read, do photography, and play volleyball and badminton.
​ 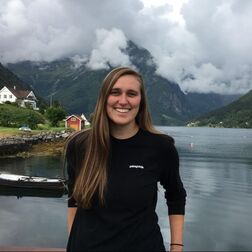 Marissa Bills
​Master's student, Biology
Marissa graduated from the University of California, Santa Barbara in 2014. She has worked in marine aquaculture and conservation, most recently as a laboratory assistant for California Sea Grant, before joining the Ruttenberg lab in 2020. She will be continuing research on Pismo clam populations and is exploring the aquaculture potential for this species. Marissa is passionate about science communication and looks forward to talking to as many people as possible about Pismo clams. 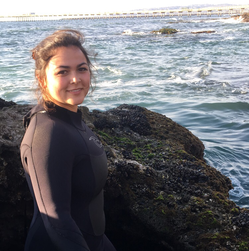 Erin Johnston
Master's student, Biology
​Erin received her BS in Marine Biology from the University of California, San Diego in 2017. Previously, she has worked on aging and life history of California yellowtail (Scripps Institution of Oceanography), the California Recreational Fisheries Survey (CDFW), and impacts of invasive quagga mussels to freshwater systems (Ecomarine Consulting). Erin joined the Wendt and Ruttenberg labs in Fall 2019, and her research is focused on impacts of climate change and major oceanographic events on nearshore groundfish species using data collected through the California Collaborative Fisheries Research Project (CCFRP). Her research interests include fisheries management and policy, effects of recreational fishing, and science communication. 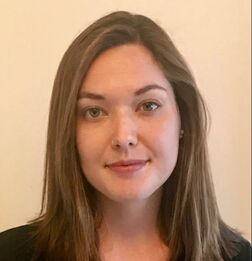 ​Hannah Rempel
​Master's of Science, Biology 2020
Hannah graduated from Lewis & Clark College in 2016. She worked as an Assistant Biologist for the Bonaire National Parks Foundation for a year before joining the Ruttenberg lab in 2017.  Her master's research focused on ecological drivers of parrotfish predation on corals across multiple regions of the Caribbean, as well as the healing rates and thresholds of recovery of the endangered Great boulder star coral (Orbicella annularis) from parrotfish predation.

Hannah is currently working as a Research Assistant for the Cal Poly Statistics Department (and still mentoring several Cal Poly undergraduates!). She is starting a PhD at the University of Texas Marine Science Institute in January. 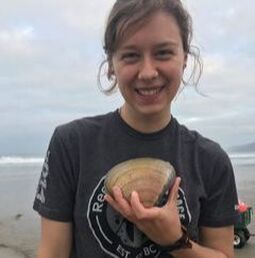 Alexandria Marquardt
​Master's of Science, Biology 2020
Alex graduated from Oregon State University in 2013 and worked as a shellfish, marine phytoplankton, and biotoxins biologist for the Oregon Dept. of Fish and Wildlife before joining the lab in 2017. Broadly, she is interested in applied research and species management. Her research focused on understanding population trends and seasonal patterns of reproduction in Pismo clams (Tivela stultorum) within California to help inform local management of an iconic, yet understudied species. See Alex's research website at alexandrium.weebly.com/. 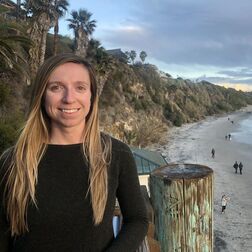 ​Madelyn Roycroft
​Master's of Science, Biology 2018
Madelyn graduated from the University of North Carolina at Chapel Hill in 2014 and joined the Ruttenberg lab as a master’s student in Fall of 2015. Madelyn’s research focused on understanding the foraging ecology of parrotfishes in the Greater Caribbean. She conducted research in St. Croix, USVI and the Florida Keys to understand the impacts that parrotfish specialization and dietary preferences can have on marine benthic communities.​

Madelyn was awarded a 2019 CA Sea Grant State fellowship with the Port of San Diego, where she now works. 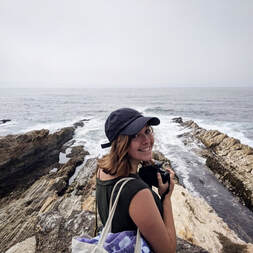 ​Ali Wolman
Former Project Administrator, Deep Sea Artificial Intelligence Project
Ali graduated from Cal Poly San Luis Obispo with a B.S. in Biology and concentration in Marine Biology and Conservation. She worked in the Ruttenberg lab in 2017 as a dive technician collecting data on coral cover in St. Croix, USVI. Ali was the project administrator for the Deep Sea Artificial Intelligence Project from 2018-2020, which seeks to develop A.I. tools to facilitate identification of deep sea organism. This technology will greatly improve efficiency of environmental review for offshore-wind projects. Ali spends her free time scuba diving, writing comedy and singing Vision of Love by Mariah Carey (to the best of her ability).